X
Skip to content
BlogNews & PressReflections on Faith and Belief 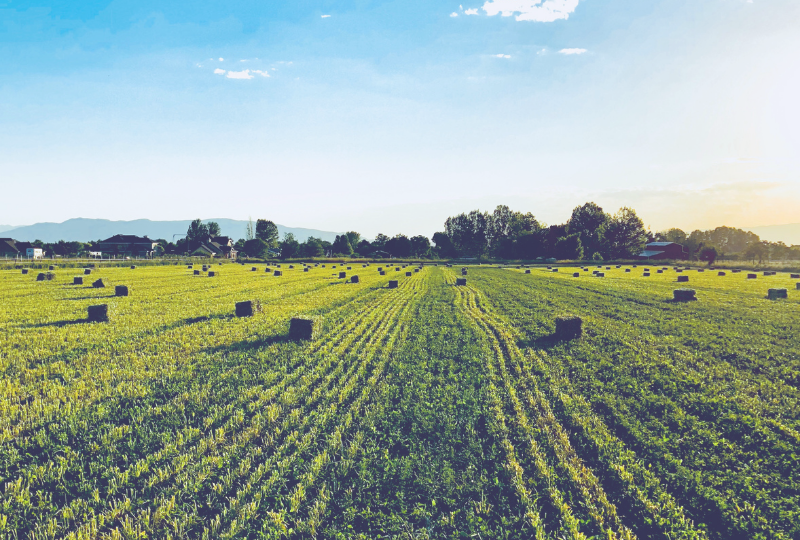 When I was in my 20s, I took an interest in agriculture and soon found myself in the enviable position of getting a part-time job that included being mentored in small-scale, organic farming by a man who was just a few years older than me – His name was Ward and he was skilled, patient, thoughtful, a wonderful conversationalist, always soulful and wise.  As it turned out, we became great friends and we remain friends to this day, though a lot of miles separate us.   Ward is one of the people who altered my life, not just because he taught me how to farm but because he taught me how to be human.  He is, in many ways, one of the holiest people I know.

Now, he would laugh if he were to hear me say that, not just because he would think my praise unjustified, but because he was not religious.   Over the hours and hours of planting, picking, cultivating and harvesting side-by-side, day-after-day, week-after-week, Ward and I would talk and talk and talk; it is one of the great pleasures of shared work on a farm.  And we would banter, rant, laugh until it hurt, argue, joke, tell stories, share memories of joy and sorrow, but essentially we agreed on almost every matter under the sun, except the existence of God.  Ward could make no sense of it.  Not because he shied away from matters of mystery, or ethics or love or forgiveness.  In fact, he loved talking about those things.  No, he just couldn’t understand the idea of a God.  It eluded him completely.  And while that bothered me at first because I was a pretty religious guy (with my two religious studies degrees), ultimately it didn’t matter.  The truth is, I loved him like a brother; at one time, we had imagined being farming partners.  There was nobody I knew more moral, more thoughtful, more considerate.

Christianity, like many religions, has streams within it that uses the language of religious faith to damn and to condemn those who do not believe.  There can be a kind of elitism that establishes the believer as superior and the non-believer as flawed and heathen.   Perhaps this served some kind of useful purpose in the past (I don’t know), maybe it was based on the assumption that God could and would actually damn people for all eternity if they did not believe, but today it just serves to separate us.  It makes us arrogant, judgmental, self-righteous and ugly.

But here’s the deal.  All of us human beings do, in fact, serve some kind of God, maybe even a gaggle of gods.   There is no opting out.  You may describe yourself as atheist, agnostic or whatever, but in the end, everyone has to hitch the hope of their life to some ultimate possibility.   That ultimate possibility might be the God of justice and mercy, or it might be the God of money, or the God of cynicism but they all serve as gods if we live as their servants.

Paul Tillich, the great Lutheran theologian, was perhaps the most articulate observer of how religion functions.  He defined God as “ultimate concern,” thereby making crystal clear the link between religious belief and actual human behavior.    In other words, when we say the word “God,” what we are talking about is some kind of “ultimate concern” that steers our lives.  The word “God,” is just that, a word, a very elastic word, but it is a word that speaks to our professed belief.  To “believe” in God is to say what I will live for.

Tillich goes on to distinguish between “professed” belief and “operative” belief, suggesting that we might say we believe in one kind of God and actually worship another.  I am reminded of Jesus’s words in Matthew 7 or Luke 6 to the tune of “You say ‘Lord, Lord” but you do not do the will of my Father.”

Consider that white-skinned Christians in this country have professed with complete sincerity, I think, a faith in the God of love, a faith in Jesus, and yet somehow managed to own, chain, rape, beat and hang black-skinned people.   Well-meaning Christians of all denominations and races have sincerely sung songs of worship and praise to the God who made us all, read Galatians 3, and still found justification in excluding women, subjugating women, and even beating women.   Pious and zealous Christians have prayed fervently to Jesus, the Prince of Peace, and then found their way to killing not only people of other religions but people of other Christian denominations, and only because of their religion.  You can see the problem.

I want to highlight a strategy that is a little less like working out and one that is more like being wooed.  In the life of the Church, there is a theological intuition that holiness and grace are primarily osmotic.  Osmotic.  The word is the adjective form of the word “osmosis,” a process in which, fluid flows through a semi-permeable membrane.  What I have in mind is that we can become whole, in part, simply by what we draw near to, what we place ourselves next to.  Just “showing up,” as one comedian reminds us, is a big part of the story.

In other words, if you want to be a person who, like Jesus, loves and engages those who have been abandoned or impoverished, you don’t just will yourself to that love.  You don’t have to grit your teeth and try to overwhelm the personal hesitation or fear.  No, it’s much easier than that: you simply choose to be with those who do.  You just show up and say, “Can I hang with you guys.”  And the testimony of most people is that, in the company of the holy, you and I can become holy.

A very good path to integrity is being in the company of the beloved community.  We will grow and learn by being near and with each other.  We will learn to worship God with our words and our actions.  So it’s true, after all: the more we get together, the happier we’ll be.   It’s the most compelling argument about why it’s important to be a part of a committed faith community that I know.