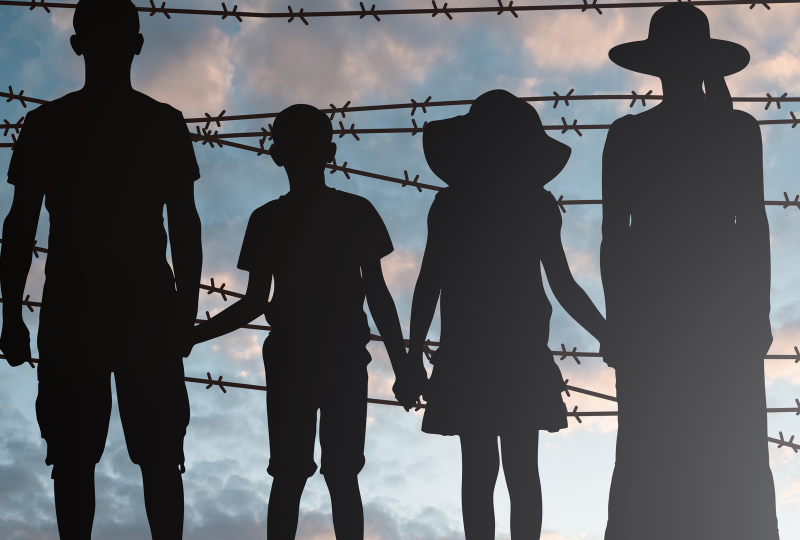 As a native of Iowa, one of the people I have a great deal of respect for is (the late) former Republican Governor, Robert D. Ray. Governor Ray served when more than three million refugees from Southeast Asia were forced out of their homes because of persecution and starvation over a twenty-year period following the Vietnam War.

When South Vietnam fell, President Ford wrote every governor in the country, urging state governments to do all they could to help resettle 130,000 Vietnamese refugees who were victims of the war. At the time, the U.S. admitted refugees on a case-by-case basis. Governor Ray’s response to President Ford was, “I didn’t think we could just sit here idly and say, ‘Let those people die.’ We wouldn’t want the rest of the world to say that about us if we were in the same situation… Do unto others as you’d have them do unto you.”

Governor Ray continued to welcome immigrants from Southeast Asia for the next several years. The economic and cultural impact of Governor Ray’s decision to welcome those fleeing violence, starvation and persecution can still be felt today. Iowa is a richer state because of its cultural diversity.

I was personally affected by former Governor Ray’s decision, as well. In the early 1990’s I joined St. Ambrose Cathedral in Des Moines. St. Ambrose was considered a “melting pot” parish, and the large majority of church members were either Southeast Asian (Hmong, Lao, Tia Dam, Vietnamese, and Cambodian) or African (Sudanese, Liberian, and Nigerian). I spent fifteen years at St. Ambrose, and my life was significantly impacted by my relationships with brothers and sisters from across the world, some of whom I still call friends to this day.

What was particularly impactful to me was the incredible strength and resiliency of the refugee families and communities. What many families survived, we could not imagine in our worst nightmares. A Vietnamese man shared with me how he and his wife were shot at by Pathet Lao patrol boats while they swam across the Mekong River, all while his wife was seven months pregnant. A Christian Sudanese man shared how a member of the Islamic National Front (INF) militant group put a gun to his head and demanded that he convert to Islam. Many of his friends did not survive the INF threats. A Cambodian woman shared how many mothers made the horrific choice to leave their crying babies in the jungle in order to save all the other members of the family from the Khmer Rouge. A Liberian young women shared about how she witnessed her family members being burned in their homes for speaking out against the government.

While all of these things continue to happen to refugees in different countries across the world, the U.S. government has certainly not exercised the same sense of welcome that Governor Ray conveyed in the mid-seventies. Over the past twenty years, the average ceiling for refugee admittance has been 70,000-80,000. In 2016, nearly 85,000 refugees were admitted to the U.S. Today, the cap for admitting refugees is 18,000. It seems to me that “do unto others as you’d have them do unto you” has been replaced by border walls and nationalist attitudes, neither of which are consistent with the Gospel message.

This coming Sunday, September 27, we celebrate The World Day of Refugees and Migrants. I hope that this Sunday will be a time for us to reflect on our Christian response to both refugees and immigrants and our responsibility as one of the wealthiest countries on the planet. I also hope we Christians will do our part to advocate for sustainable development across the globe as a first step to diminishing volatility, violence and war. And, I pray that Governor Ray’s words continue to ring loudly in our ears:

I didn’t think we could just sit here idly and say, “Let those people die.” We wouldn’t want the rest of the world to say that about us if we were in the same situation…Do unto others as you’d have them do unto you.