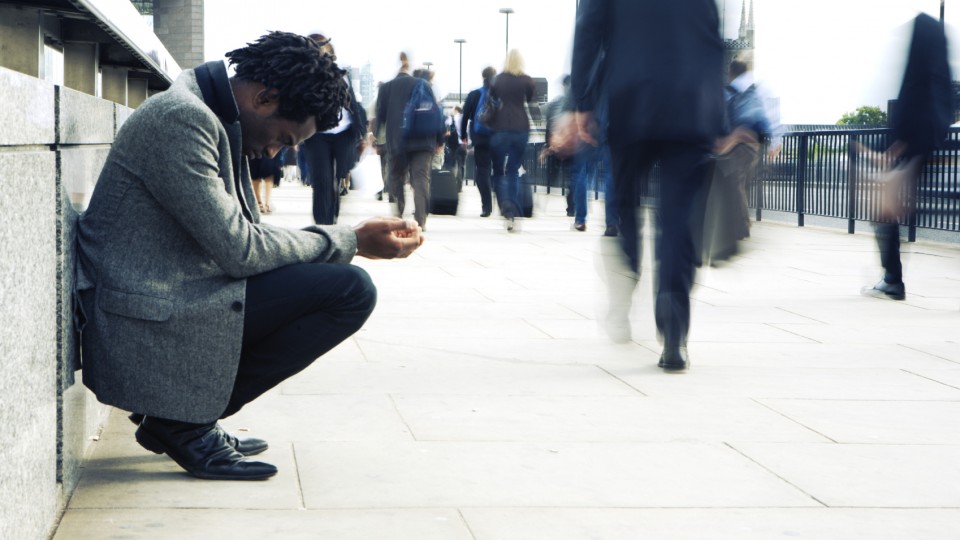 Therese Gerlach and Pat Carty from Our Lady Queen of Peace Parish in Arlington VA learned about efforts to end homelessness in Arlington during the time they spent in the JustFaith program in 2012. Therese  now works with Arlington Street People’s Assistance Network  to “surprise furnish” apartments for formerly homeless men and women. 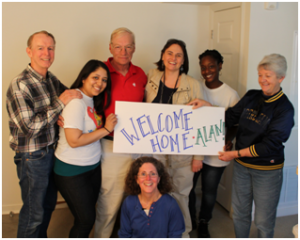 Alan Clary walked into his apartment after signing the lease May 1, 2012, expecting to see an empty space. Instead, Clary was greeted with a fully furnished residence and a half-dozen strangers holding a sign that read, “Welcome Home, Alan.”

“It was completely furnished right down to paper towels, forks, knives, everything,” Clary said. “It looked like somebody else had lived here. I was overwhelmed, completely overwhelmed.”

The surprise for Clary was part of a joint effort between A-SPAN and JustFaith participants from Our Lady, Queen of Peace Church in Arlington. Though Arlington recently was named one of the 10 richest counties in the United States by Forbes magazine, the area also is home to hundreds of homeless people who hide in the shadows while struggling to meet their basic needs.

Following his own experience with friends from the JustFaith  program and A-SPAN, Clary said he has felt moved to give to others. Since May 2013, he volunteers with the Our Lady, Queen of Peace food pantry twice a week.

“What I do since then is I volunteer with that same church,” he said. “I thought it was important that I do something in return so I bag food for the poor.” For Clary, the best part of his move-in day was not the physical gifts, but the new friendships he has formed with the JustFaith community, especially Carty and Gertach.

“When you live on the street, it’s extremely depressing and you learn not to trust anyone,” Clary said. “The best part of this was befriending good people, people who actually care, people who actually help. That’s something I’m not accustomed to. I’m not a church person. I’ve never been a church person, but these people really want to help and they do it in a very real way,” he said. “I’ve been overwhelmed with the attitude and the generosity of these people, their willingness to walk the walk. They actually do it, they live their faith.” Read the full story as reported in the Catholic Herald.