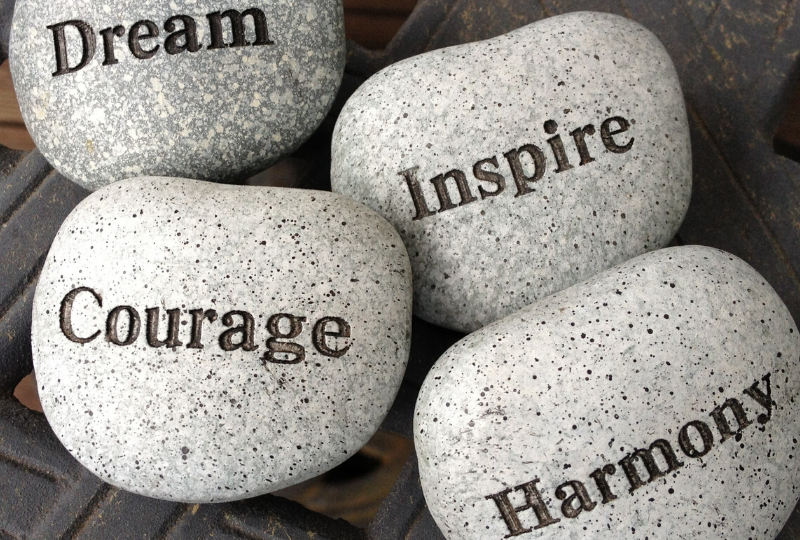 Let me ask you a hypothetical question. Say you have a friend who lives in another country, and she is visiting you at your home. One day, as the two of you are driving around town, she asks you why there are so many street names and monuments in the United States honoring Martin Luther King. How would you respond to her question? How would you sum up King’s life and teachings?

Hang on. Do me a favor and pause for a second to think about it before you keep reading.

One evening a couple years ago, I was at church decorating my office door, which I used as a billboard to educate the congregation about justice issues. That month, my theme was Dr. King and the Civil Rights Movement, and I’d printed pictures of the Memphis Sanitation Strike, quotes from sermons, and a highlighted copy of “A Letter from a Birmingham Jail.” I was taping up my artifacts when one of my favorite parishioners walked by and stopped to look at my handiwork.

“You know, you could take all that stuff down and just post five giant letters instead. You know what they would be?”

She paused as I racked my brains.

“D. R. E. A. M,” she explained, pointing at the door as if her finger were a nail gun securing the imaginary letters in a vertical line.

“Yeah, that would sum it all up,” she said as she continued down the hallway.

Many churchgoers remember Dr. King as the World’s Leading Proponent of Kumbaya, and up until recently, I was included in that faction. Despite Black History Month cross-racial pulpit exchanges and an annual day off of school in his name, it wasn’t until seminary that I actually read anything by Dr. King, other than emotional end of “I Have a Dream.” As it turns out, if you actually study King’s work, it is little wonder that many pastors either don’t know King’s real challenge to all of us, or are fearful of sharing such a challenging message from the pulpit.  Here are a few excerpts from King’s speeches and writings, just to give you a taste of what I’m talking about.

The popular clergyman preaches soothing sermons on “How to Be Happy” and “How to Relax.” Some have been tempted to revise Jesus’ command to read, “Go ye into all the world, keep your blood pressure down, and, lo, I will make you a well-adjusted personality.” All of this is indicative that it is midnight within the inner lives of men and women.

— from King’s sermon “A Knock at Midnight”

….I must confess that over the past few years I have been gravely disappointed with the white moderate. I have almost reached the regrettable conclusion that the Negro’s great stumbling block in his stride toward freedom is not the White Citizen’s Counciler or the Ku Klux Klanner, but the white moderate, who is more devoted to “order” than to justice; who prefers a negative peace which is the absence of tension to a positive peace which is the presence of justice….

— from “Letter from a Birmingham Jail”

Softmindedness often invades religion. This is why religion has sometimes rejected new truth with a dogmatic passion……Softminded persons have revised the Beatitudes to read, “Blessed are the pure in ignorance: for they shall see God.” There is little hope for us until we become toughminded enough to break loose from the shackles of prejudice, half-truths, and downright ignorance. The shape of the world today does not permit us the luxury of softmindedness…… A nation or a civilization that continues to produce softminded men purchases its own spiritual death on an installment plan.

— from King’s sermon “A Tough Mind and a Tender Heart”

“Do to us what you will, and we shall continue to love you. We cannot in all good conscience obey your unjust laws, because noncooperation with evil is as much a moral obligation as is cooperation with good. Throw us in jail, and we shall still love you. Send your hooded perpetrators of violence into our community at the midnight hour and beat us and leave us half dead, and we shall still love you. But be ye assured that we will wear you down by our capacity to suffer. One day we shall win freedom, but not only for ourselves. We shall so appeal to your heart and conscience that we shall win you in the process, and our victory will be a double victory.

— from King’s sermon “Loving Your Enemies”

If you think this is some harsh criticism of the Church here, you are not the only one. Last night I started my class on Dr. King that I’m auditing through the Baptist Seminary of Kentucky and Simmons College of Kentucky, which partnered with JustFaith Ministries on the racism modules. Our professor Dr. Lewis Brogdon pointed out that, if you love something, you will critique it because you want it to be the best it can be. After all, King studied and sought to emulate the prophetic tradition of the Old Testament, as well as the example of Jesus Christ, who mostly called out not the unchurched pagans, but the hypocrisy and greed within their own religious institutions.

Needless to say, neither the prophets, Jesus, nor Dr. King were popular. King’s close friend Ralph Abernathy revealed that King had major bouts of depression in the waning years of the Civil Rights Movement. “Never trust a prophet who loves her job too much,” a seminary professor once told my class. Indeed, as tempting as it may be to bask in the glory of being right, prophethood should be no one’s dream job.

After his death, King’s message (and Jesus’s too!) seems to be watered down and over-spiritualized, too radical and uncomfortable to be repeated in the pulpit. But King’s teachings are just as relevant today as they have ever been.

…. Which brings me to my challenge for us as a JustFaith community:

As we celebrate the legacy of Dr. King on Monday, let’s take the time to actually read his writing and listen to his words. Dr. Brogdon recommends starting with The Power of Nonviolence (1957),  “The New Negro of the South (1957), and “The Drum Major Instinct (1968), which will give you a sense of the progression of King’s thought and the issues he sought to address.  Maybe even consider inviting your faith community into the challenge, and include your priest or pastor in your reading group.

Another way to honor Dr. King and those who risked their lives for Civil Rights is to facilitate our newest racism module called Faith and Racial Healing: Embracing Truth, Justice, and Restoration, which takes participants through the history of racism in the United States, focusing on the African American perspective. This eight week program will guide your group in learning the truth of our common history, so that we might seek reconciliation with God and restoration with one another by tackling the root of racist systems such as the racial wealth gap and mass incarceration. One significant component of Faith and Racial Healing is to read some of Dr. King’s works and discern how they apply to our communities today.

Blessings this MLK Day, dear friends, and keep in touch with us in this new year. Let us know how we can support you in your efforts to build a more just and peaceful world.