X
Skip to content
BlogNews & PressThe Gospel and the Olympics 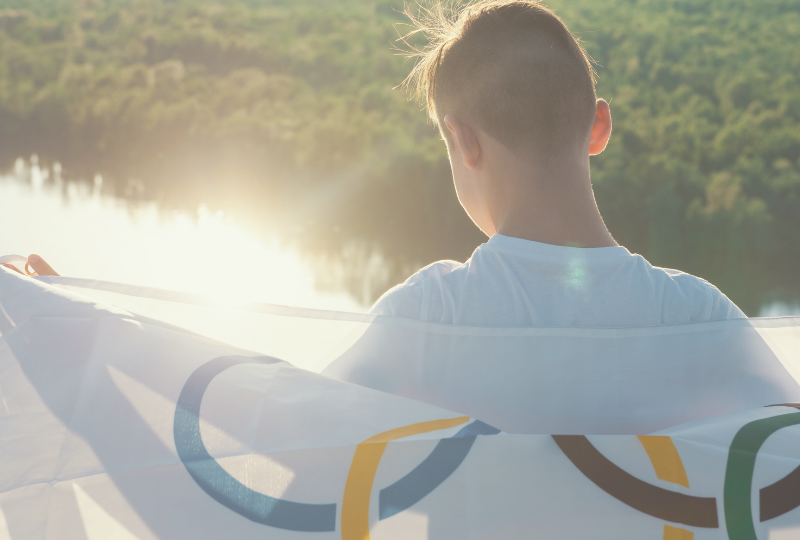 However, this year, more than any other year, I was painfully aware of the contradictions between Olympic unity and political and social divisiveness.

On the one hand, my heart was warmed by incredible displays of sportsmanship, spectacular performances by athletes who seem to defy all gravitational and even human limits, new world records, shared gold medals, and extensions of care and concern that exemplify the very best of humanity.

On the other hand, Olympic controversies were on full display. The Norwegian women’s beach handball team was fined for refusing to put their bodies on display for the world community and instead showed up to their match in shorts. Sha’Carri Richardson was eliminated from her competition due to a decision that many suspect was motivated by racial bias. Simone Biles was both applauded and shamed for choosing to step out of the USA team’s gymnastics competition. USA swimmer, Michael Andrew, refused to wear a mask when talking with reporters, even though he had not yet been vaccinated against the coronavirus. Not to mention, while the Olympics were in full swing, our Congressional staff were infighting over whether we should even have a January 6 Commission, let alone a recommendation from it.

And, once again, my social media feed was lit up with people on both sides of every one of these controversies. Once again, I found myself perplexed by what seemed to be an utter lack of interest among many to engage in thoughtful reflection and respectful dialogue. While I had hoped this year’s Olympics might be a welcome break from the divisiveness we have been experiencing in this country and across the globe, it seemed to serve as just another platform to cultivate hateful and divisive rhetoric and innuendo.

In July, we featured Rev. Dr. Lewis Brogdon in a webinar entitled, “The Fight for the Soul of America.” Indeed, my friends, we may well be in a fight for our souls. What seems to me to be particularly perplexing about this fight is the sheer number of Christians that are part of it. While I’m not able to speak on behalf of the other religious traditions in the U.S., I do know what it looks like to be Christian.

My dear friends, I agree with Dr. Brogdon that we are, indeed, in a “fight for the soul of America” at this time. As I’ve thought about this, I would submit to you that perhaps the first and most critical step to mitigating that “fight” and engaging in respectful dialogue is moving away from the notion that Gospel-based values and what we perceive to be American values are one and the same. They are not.

As evidenced by the passages above, the call of the Gospel is rooted in authenticity, honesty, solidarity, service (the washing-of-the-feet kind), peace and the vast expanse of God’s love for all of us… no matter what. I look forward to the day when American values might be confused with Christian values. Until then, it’s incumbent upon all of us to put down the swords of hate, divisiveness, judgement, dishonesty, deception, exploitation, and downright meanness and pick up love instead (The Greatest Commandment – Luke 10:25-28).