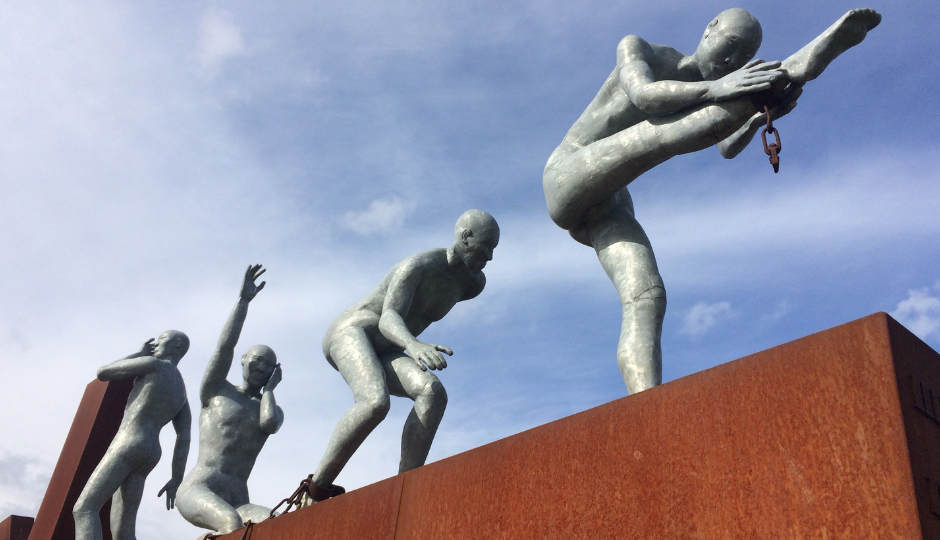 It’s certainly not uncommon for many of us to spend extra time and attention on the Gospel readings throughout Advent and Lent. The Lenten and Advent seasons purposefully lend themselves to times set aside for prayer and contemplation. However, the Gospel readings in between these two seasons can be equally – if not more – powerful.

The Spirit of the Lord is on me,
because he has anointed me
to proclaim good news to the poor.
He has sent me to proclaim freedom for the prisoners and
recovery of sight for the blind,
to set the oppressed free,
to proclaim the year of the Lord’s favor.

In many ways, these words from the Isaiah scroll could be considered Jesus’ inaugural address. From the beginning of his ministry, Jesus makes it clear that his life and witness will be about those who are poor and marginalized; about those who are oppressed.

However, this wonderful little scene in which Jesus seems to be making the religious leaders proud, ends very quickly and very badly for Jesus. A week later we hear in Luke’s Gospel Jesus telling these same religious leaders that “no prophet is accepted in his hometown” and then he proceeds to let the people of Israel know they shouldn’t be too arrogant or too comfortable. The story ends with the religious leaders ready to throw Jesus off the cliff, before he escapes from them.

The story continues with Jesus moving on to Capernaum, performing a few healings there, and then ending up in this weekend’s readings at the Sea of Galilee (Lake of Gennesaret) calling his first Disciples.

These readings are so rich and provide a great deal of wisdom for the contemplative in each of us. And, these readings seem to be especially fitting as we enter into African American History month. I would venture to say that the words “a prophet is never accepted in their own home town” would have special significance to any African American person or leader who has fought for equality in their home towns or communities. I imagine that many African American leaders find comfort in Jesus’ words in his inaugural address as he makes clear his commitment will be to set the oppressed free.

In December, the U.S. Senate passed the Justice for Victims of Lynching Act; which would make lynching a federal crime for the first time in U.S. history. There have been many attempts over the last century to make lynching a federal crime but all other attempts have failed, largely because of arguments concerning federal overreach and the rights of individual States. However, Bryan Stevenson, Equal Justice Initiative Director and author of Just Mercy (used in the JustFaith program) has said about the Justice for Victims Lynching Act, “It is never too late for our nation to express our sorrow for the decades of racial terror that traumatized millions in this country. Passing an anti-lynching law is not just about who we were decades ago, it’s a statement about who we are now that is relevant, important and timely.”

I couldn’t agree more. May we honor Black History Month by remembering all those who lost their lives at the end of a rope.  And, may we celebrate the lives of all of those individuals who have fought for racial justice; all those who have diligently heeded Jesus’ words and worked to “set the oppressed free.”