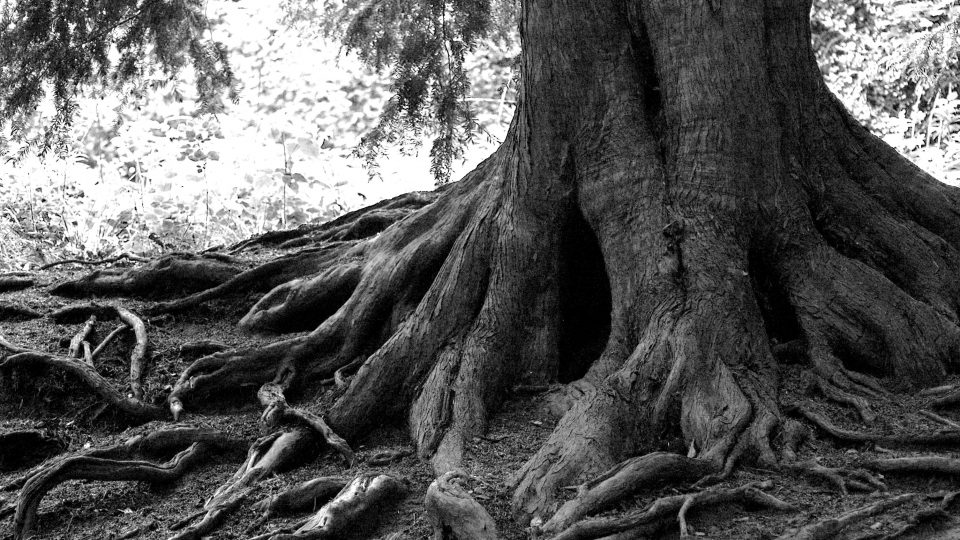 When I heard about Roots, a group that brings Palestinians and Israelis, including Israeli settlers who, according to international law, are living illegally on Palestinian land, together in dialogue, I was skeptical. I wondered if their work wasn’t an attempt to justify or normalize the Israeli Occupation: “Look! A few Israelis and Palestinians are talking to each other. Everything is OK!” On a recent delegation to Palestine, our group met two coordinators of Roots, Israeli Rabbi Hanan Schlesinger and Palestinian activist Ali Abu Awwad.

Schlesinger began by identifying himself as “Jewish,” “Zionist,” and “settler.” Then he talked about how for 33 years, he was blinded by his own story – that of Jewish Zionist settler – from seeing another story, the Palestinian story.

Two and a half years ago, his eyes began to open. When he was driving with two visiting Protestant pastors, he picked up a hitchhiker. When the pastors expressed surprise, he responded, “I pick up every person who puts out his finger.” As soon as he said it, he recognized the lie. He picked up every Jewish person who put out a finger. “It was wrong and rotten,” he told us.

Two years ago, he was invited to a gathering to meet Palestinians for the first time. His wife, fearful of what might happen, begged him not to go, but he went anyway. His life changed forever. The Palestinians he happened to meet used to live in a house next door to his. They had been neighbors, but never met because the Palestinians had lived in a Palestinian village and he had lived in an Israeli settlement next to the village. People from the communities didn’t – and generally still don’t – mix.

After that first meeting Schlesinger continued to meet Palestinians, listen to them, open his heart, and ask questions. Today the questions continue, as he asks how he can embrace his own identity while also allowing others, particularly Palestinians, to embrace and live into theirs.

Ali Abu Awwad talked about living under military occupation. “If you live under these conditions, you are born to fight.” Fight he did. During the First Intifada, he was arrested for throwing stones and, as a result, spent four years in an Israeli prison. His mother was also arrested (I don’t know what for) and imprisoned. It was in prison where he participated in his first nonviolent action: both he and his mother went on a hunger strike to be allowed to see each other. After 17 days of not eating, they were granted permission to see each other.

In prison he began to study nonviolence, a study that continues. “The most powerful weapon in battle where no one has to lose a life,” he told us,” is my humanity.” After his release from prison, he searched for ways to resist the Occupation nonviolently.

Years later, he was attacked by a settler and shortly after that his brother was murdered by Israeli soldiers. When that happened, a group called the Parents Circle – Families Forum (PCFF), a group of Israelis and Palestinians who have lost loved ones in the violence, reached out to him and his family. That was in 2001.

At the PCFF meeting, “It was the first time I saw an Israeli crying in full recognition of my rights.” Through participation in the group as well as explorations outside the group, he learned more about reconciliation, nonviolence, peacemaking, and also resistance. In talking to us, he, like Schlesinger, spoke about the importance of claiming one’s own identity while respecting that of “the other.” In 2014, he and Israeli Shaul Judelman formed Roots.

Pope Francis recently said, “Ecumenical and interreligious dialogue is not a luxury, but something which our world, wounded by conflict and division, increasingly needs.”

Dialogue across any lines of conflict is not a luxury, but a need. And yet, in Israel/Palestine, spaces like those created by Roots are rare. As I reflect upon the upcoming election in the U.S., I fear that our country also lacks sufficient space for dialogue. We choose not to create the spaces, instead living in the safety of our self-righteousness.

We must open the wounds. We must clean them out, painful as it may be. I wonder how long the wounds of our world, our country, our communities will remain closed, festering, before they rupture, more painful and causing more damage than if they’d been tended to early on. Dialogue is a way to begin the cleaning. It is crucial. It is not, however, an act of simply coming together to agree. Instead, it is a safe space for argument.

Schlesinger noted how the Jewish mystics wrote about shards of truth that are everywhere. Our mission in life is to collect the shards to understand the whole. “Falsehood is partial truth masquerading as whole truth.”

We must collect the shards of truth, but it is not enough just to collect them. Schlesinger told us that, for him, being a part of Roots is a first step in tending to the wounds. He doesn’t know where his next steps will lead him. He was clear that further action, based on a fuller picture of the truth, was necessary.

Awwad affirmed the importance of the space for dialogue created by Roots, but also noted the need for Palestinian nonviolent resistance, as well as related work within the Israeli and international communities. All are necessary steps to create change.

Deeply interested in the power of dialogue myself, I wonder how I can invite people into spaces for healthy, and hard, dialogue. I wonder how I can share my personal shard of truth and those I’ve collected, while also honoring the shards of others. I wonder how I can apply the learning to my life in this last month before the election and to ongoing work addressing racial injustice and other issues about which I am passionate. And I ask you:

Where do you need to foster dialogue, to open wounds in order to begin a process of healing?

What other steps beyond dialogue can you take to transform some small piece of our world?

Join over 50,000 people and over 1,500 churches who have participated in a JustFaith Ministries program.