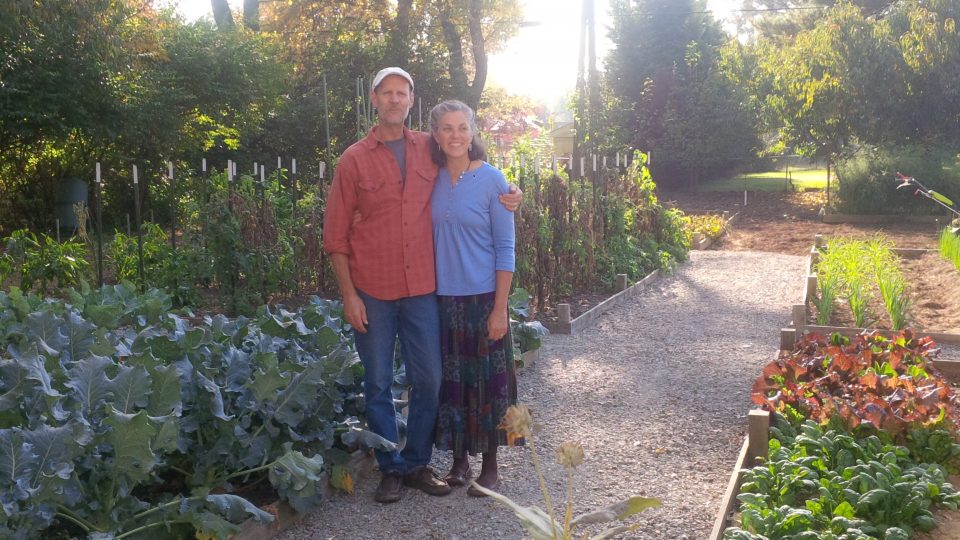 A few years ago, Lucille Salitan of the Center for Farm and Food Research purchased a tomato from the nearest grocery store, did the research, and gave an account of its history:

The seed that grew this tomato is a hybrid owned and patented; it was treated with mercury processed by Monsanto and every year some of this mercury leeches into the soil and some gets incorporated into the plants.

The land on which this tomato was grown was purchased by a U.S. Agribusiness company along with the Mexican Development Corporation.  It was previously owned by independent Mexican farmers who once grew staple crops like corn and beans for their family’s consumption.  The farmers were coerced to give over their land and now work as day laborers dependent on the corporation for wages of as little as $2.50 a day, not enough to feed their families.

The fields on which this tomato was grown, hundreds of acres in size, were first fumigated with methyl-bromide made by CF Industries, a chemical 100 times more destructive to the ozone layer than CFC’s.  A chemical fertilizer made by Cargill which destroys millions of beneficial microorganisms per square inch was added to the soil with the seeds.  This type of monoculture eliminates natural diversity and requires massive doses of pesticides and herbicides; these came from Union Carbide.  The farm workers received no protective masks or gloves, no access to health care and no instructions for the safe use of these toxic chemicals.  Accidents and deaths are frequent.

The tomato was picked green and placed in a plastic tray covered with plastic wrapping, then packed into a cardboard box.  The plastic was made with petrochemicals and chlorine by the Formosa company.  Their workers and the residents in the area of Point Comfort, Texas, suffer from significantly higher than average rates of cancer and birth defects due to dioxin exposure which is a byproduct of that manufacturing process.

The cardboard was made from the wood of 300-year-old trees growing in British Columbia. The boxed tomato was gassed with ethylene chlorohydrin made by American Cyanamid in order to turn it red.

After the harvest the plants were plowed back into the soil along with the pesticide residues.  After several years of drenching the soil with chemicals it becomes so depleted of natural nutrients and living organisms it is virtually dead, and when the harvest declines appreciably the corporation simply moves on to other fields, leaving behind a ruined land, a ruined local economy and ruined lives.

Finally, this tomato traveled a very long way to end up in my city.  The average morsel of food eaten in this country travels 2000 miles before it is consumed.  For the first time in history, more energy calories are used to transport food than the food itself can provide.

And, finally, to top it off, this tomato tastes terrible.

I had never planted a seed in my life until the summer of 1985.  I was almost 30 years old.  But the experience of working on an organic vegetable farm that year was one of the most satisfying, interesting and important choices I have made in my life.  The determination to grow food, tend land and be deliberate about my food choices has stayed with me ever since then.

When my wife, Maggie, and I bought our first farm in 1991, we planned to grow and sell produce locally.  We wanted to grow vegetables in a way that would protect and even enrich the soil, provide food that was toxin-free and really tasty, and build relationships with our customers that would link them more directly to their food source.  We also wanted to raise our daughters in a place where there were woods, wildlife, and open spaces—quick access to nature and its wonders.

And so we farmed full-time for ten years.  We grew everything without pesticides, herbicides, and artificial fertilizers; I can tell you that I have shoveled a lot of . . . manure in my life.   Farming always felt like work driven by a sense of love and justice.  To refer to the opening description of a typical tomato, I was trying to resist the poisons of agribusiness, the exploitation and dispossession of small farmers in other countries, and the disconnect between grower and eater.

It was, for me, terribly satisfying.  I loved the relationship with customers.  Every Thursday was harvest and delivery day; I would get up before dawn and start picking what I could until the sun came up and then continue through mid-afternoon. Then, my wife and daughters would help me load the truck.  I made the one-hour trek to the city where I would set out countless bushel baskets of maybe twenty different vegetables for the forty-five families that had purchased a “subscription” to our farm.  For those two hours of customers coming and going, it felt like a big party of people happy to see each other and happy to pick up whatever crops could be picked that week.  Some, reporting from the previous week’s harvest, would tell me that they had never eaten fresh beets before and what a revelation it was (in more ways than one).

I have not discovered anything else that is nearly as complex and interesting as farming, because good farming (or gardening) is mostly a study of nature and how to work with it.  I have grown to love the hope associated with planting, the excitement of harvesting, and the pleasure of going to bed dog-tired.  I love to spend the day outdoors, to listen to the songs of birds, to notice the sky and the movements of the seasons.  I experience something so profoundly joyful and compelling in my relationship to land that I am tempted to call it an experience of the divine.