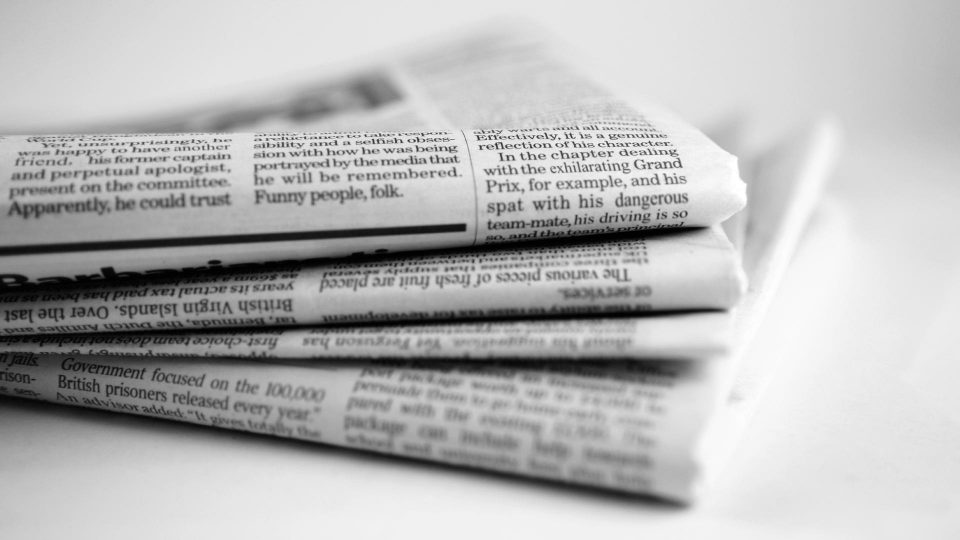 In a recent speech, the Pope talked about peace journalism! This is probably unprecedented.

In the summer of 2012, I spent 3 months in a small village in Austria, Stadtschlaining, to attend classes for a graduate certificate in Peace and Conflict studies at what was then the European Peace University. During those three months, we had weekly block courses on topics ranging from education for peace to just peace, peace cultures, peace in world religions, peace psychology, nonviolence and civil resistance… and peace journalism. The tenets of peace journalism were a discovery for me; the instructor told us that it was still uncommon to integrate the principles of peace journalism in the practice of journalism, communication, or journalism studies. Since then, I believe it has become a little bit more common. Yet, the Pope seems to break new ground by referring directly to it!

“Peace journalism is when editors and reporters make choices – about what to report, and how to report it – that create opportunities for society at large to consider and to value non-violent responses to conflict.” (Jack Lynch) Building on this definition, peace journalism looks at how news sources talk about conflicts and how media shape our understanding of good and evil, weak and powerful, winners and losers, and often create an “us against them” narrative. As an antidote to mainstream journalism, Lynch lists a series of practices which peace journalism fosters:

This is an extensive program, requiring close attention to the experience of people from all sides on the ground and allowing them to speak their truth about their lives.

Quoting the Gospel of John 8:32, Pope Francis entitled his address “The Truth Will Set You Free.” In his message, he attacks the use of media for political gain and advocates for a journalism that works for peace. He ends his speech by affirming:

“I would like, then, to invite everyone to promote a journalism of peace. By that, I do not mean the saccharine kind of journalism that refuses to acknowledge the existence of serious problems or smacks of sentimentalism. On the contrary, I mean a journalism that is truthful and opposed to falsehoods, rhetorical slogans, and sensational headlines. A journalism created by people for people, one that is at the service of all, especially those – and they are the majority in our world – who have no voice. A journalism less concentrated on breaking news than on exploring the underlying causes of conflicts, in order to promote deeper understanding and contribute to their resolution by setting in place virtuous processes. A journalism committed to pointing out alternatives to the escalation of shouting matches and verbal violence.”

As believers not necessarily engaged in the communication business, what can we take away from Pope Francis’ message? I see two possible directions:

Karl Barth (1886-1968), the famous Swiss Protestant theologian, is known for having advised his students in the early 1920s to “take your Bible and take your newspaper, and read both. But interpret newspapers from your Bible.” This is pretty much what it is still about, for all of us.