X
Skip to content
BlogNews & PressMother Theresa and Waking Up 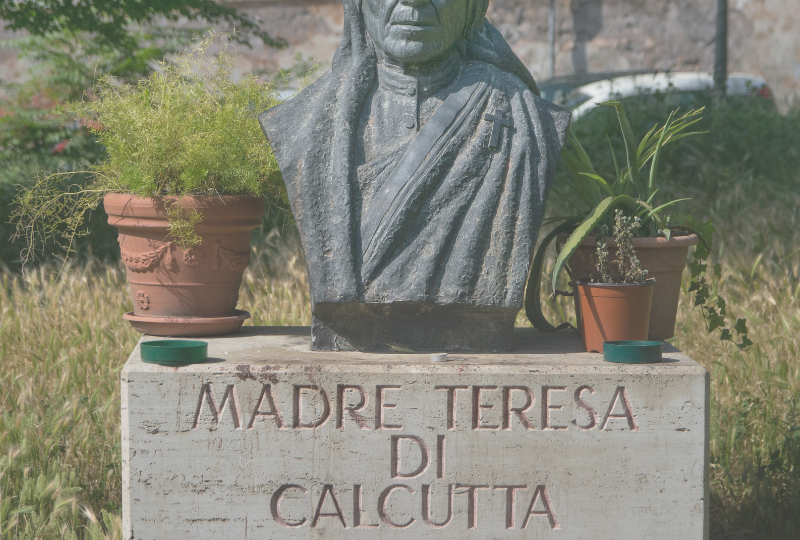 Mother Theresa of Calcutta, as most reading this will know, was widely admired for her commitment to those who experienced poverty.  Not just poverty, but extreme poverty.  And not just extreme poverty, but extreme poverty on top of homelessness on top of incurable illness on the streets of Calcutta.  She was not running a back to work program.  She was not helping people get an education.  There would be no success stories – just compassion for those who were in the most vulnerable, most tragic, most destitute of places.  She gave those who were very poor a way to die with dignity and company.  Her work, her life, her ministry are compelling.  Even those who disagreed with some of her stances, interactions with politicians, and piety were nevertheless intrigued and often changed by her spirit and presence.

O.K., with that said, here is my sense of how a lot of people relate to the Mother Theresa story.  If you can imagine Mother Theresa now standing in front of a room full of people, I picture most of us looking admirably at her, applauding—clapping our hands—meanwhile looking out the corner of our eye for the exit, backing up slowly toward the door so as not to be too noticeable, all the while applauding.  And, when no one is looking, we escape the room, relieved.  Summary: we admire her, but we want no part of her.  We do NOT want to do what she did.

This image is only one version of the reality of faith that we call mystery (“the mystery of faith”).  Mystery  in this context is derived from the Greek word, mysterion, which comes from a root word that means “to shut or to close.”  The idea is that there are some things that can’t be known, unless . . .  In other words, part of what mystery speaks to is that there is a world discoverable, but only if you pass through metanoia, another Greek word that speaks to transformation, revelation, change.  O.K., my point here is that some things just don’t make sense unless there is some moment of insight, some new sight or rebirth.  Being “born again” speaks to this world that unfolds before us when we have an eye-opening or heart-softening experience.  I don’t mean this to sound like having the secret handshake or an elitist knowledge; it just means that some experiences open us up a world we had not anticipated.  In the Christian tradition, we call these experiences “grace.”

But, what comes next is the most remarkable thing.   You see, if somehow we cross over, enter into the reality of Mother Teresa, enter into the experience of caring, with a capital “C,” an inclusive caring that embraces the needs of all, including and especially those who are in the most vulnerable places, if somehow we can cross what might strike us as a boundary, engage in the Mystery of faith and love, then what opens up—piece by piece, step by step, insight by insight—is a whole new world, a whole new set of relationships, a whole new vocabulary, a whole new set of touchstones for life’s living.   Inside the circle, once a person has passed from the world on the outside to the world on the inside, if you will, things begin to change.  And once people make it to, well, the mind of Jesus, they do NOT want to go back to the old ways.   Inside the boundary, there is something called “abundant life,” and it is the antithesis of what is described as the “good life,” which is the preoccupation outside of the circle.

I remember an interview with Mother Teresa that was published in a secular journal about seven or eight years before her death.  The interviewer, clearly not a person who fully understood Teresa, asked some amusingly awkward questions.  One of my favorites went something like this: “Mother Teresa, you’ve been doing this for a good many years and certainly no one would begrudge your deciding to retire.  Have you considered perhaps just taking it easy and moving to a cabin in Vermont with a lake and a nice view and a boat?”  And Teresa apparently looked at her with some measure of  forgiveness and a chuckle, and replied, “My young friend, why would I trade what fills me up for fool’s gold?”  Teresa’s response is the response of almost everyone I know who makes their way to the way of Christ’s compassion.  They do not go back.  They do not long for the former ways.  The old wineskins will not hold the new wine, the wine of compassion.

This trek of discipleship from the old ways to the new ways, from outside the circle, across the boundary and into the recognition and practice of a great love means that we enter into a new world with a new vocabulary, new relationships, new dreams, new signposts, a new way of being human.