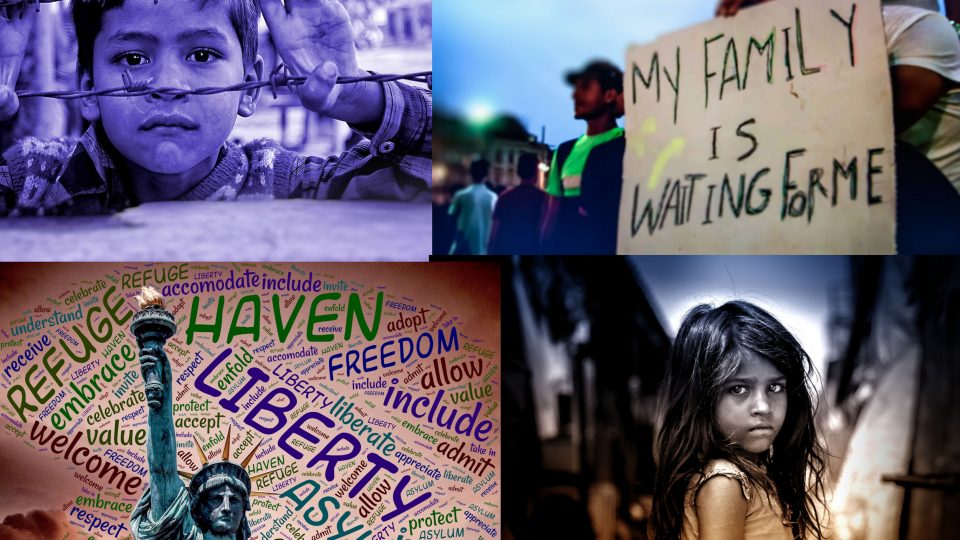 “And you are to love those who are foreigners, for you yourselves were foreigners in Egypt.”
~Deuteronomy 10:19~

This year’s Ecumenical Advocacy Days (EAD) were entitled “A World Uprooted: Responding to Migrants, Refugees and Displaced People.” For four days, representatives from different Christian denominations gathered in Washington D.C. to reflect on the experience of the migrants and how, as Christian, we are to respond to it. “Compassionately,” was the resounding cry from all of us!

God’s revelation in the Judeo-Christian tradition is deeply rooted in the reality of the migrants. The Bible is written around several experiences of exile, bondage, and displacement. Deuteronomy 10 reminds the Israelites now settled in their Promised Land that they, too, were displaced and enslaved; their relationship to others and to God stems from this foundational past. Similarly, Jesus’ family, according to Matthew, flees persecution for the land of Egypt and Jesus himself speaks of errancy without a place to rest: “foxes have dens and birds have nests, but the Son of Man has no place to lay his head.” (Matthew 8:20)

According to the UN Refugee Agency, approximately 65.6 million people are being forcibly displaced across the globe, the highest number ever recorded. Despite some fears, very few of them end up at our door; the African continent is the most affected by displacement, with Ethiopia and Uganda being the two top countries to host refugees. For instance, according to the Migration Policy Institute, “18,007 Syrian refugees were resettled in the United States between October 1, 2011 [the beginning of the war] and December 31, 2016” whereas “close to 4.9 million Syrians had been registered as refugees as of early January [2017]; the vast majority are in first-asylum countries such as Turkey, Lebanon, Jordan, and Iraq” and “nearly 900,000 Syrians have headed to Europe and filed asylum claims there since the war began.” To date, the U.S. has accepted only 11 Syrian refugees in 2018.

Participants in the EAD discussed the role of our Christian voice in the current context. We all spent the last day of our gathering on the Hill in D.C., presenting our ask to various representatives in Congress. The ask was conveyed as clearly as possible:

“We call on Congress to act with compassion and exercise fiscal responsibility by redirecting funding used for deportations, detention and border militarization, and invest instead in our communities and support for refugees while increasing poverty-focused and peacebuilding international assistance to address the root causes of forced migration.”

During one of our preparatory plenaries, Dr. Elizabeth Ferris made some important points:

At some point in her speech, Dr. Ferris told us the story of her aging mother being upset, after a trip to Home Depot, to not have found anyone who spoke English to help her. To which Dr. Ferris responded: “Mom, it’s never too late to learn another language! What don’t you learn Spanish?” She didn’t tell us if her encouragement was successful with her mother; regardless, I love this story, it turns the complaint on its head and must have certainly invited a pause! How can we find words that force us and our interlocuters to pause and reflect?

We are all responsible for finding ways to question prejudice and change the narrative. As Christians, we are responsible for responding to the call of welcoming and honoring the stranger. JustFaith Ministries’ 8-week program, Exploring Migration, is one way among many that can help your community to pause and find words.