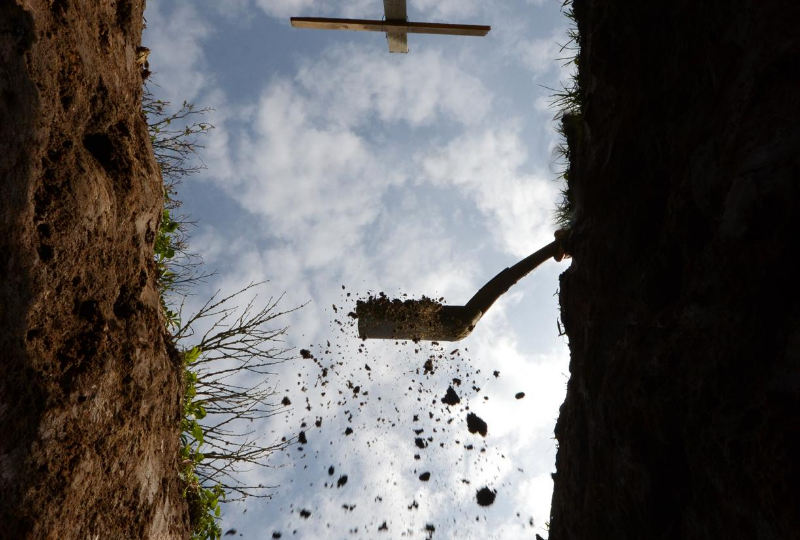 Today’s blog is a special tribute to John Lewis written by The Rev. Milton Cole–Duvall. Rev. Cole–Duvall marched with John Lewis in Selma. He is a long-time social justice advocate, a friend of JustFaith Ministries, and the Assisting Priest at St. Timothy’s Church in West Des Moines, IA, where he and his wife, Rev. Mary Cole-Duvall, have welcomed several JustFaith Ministries programs.

“You must be bold, brave and courageous and find a way … to get in the way.”
-Congressman John R. Lewis

As a son of the South – Hampton, Virginia where the first enslaved Africans were brought ashore in 1619, and initially to an island in the Chesapeake Bay that can be seen from my parents’ home – it is a distinct honor to write this piece for your consideration.

I did understand that I had to answer the call to travel to Washington, D.C. to participate in the March on Washington in August of 1963.  John Lewis was one of the “Big Six” leaders that organized the gathering at the Lincoln Memorial.  The Rev. Dr. Martin Luther King, Jr., delivered his iconic “I Have a Dream” speech there with Whitney Young, A. Phillip Randolph, James Farmer and Roy Wilkins.  Mr. Lewis was the youngest speaker.  The question he wanted to pose, “which side is the government on?” was removed by the elders as it was seen as troublesome rather than as Mr. Lewis would cite, “…Good Trouble.”

In 1964, Mr. Lewis helped coordinate the Student Nonviolent Coordinating Committee’s Mississippi Freedom Summer.  SNCC, under the leadership of Mr. Lewis, was prominent in the Selma to Montgomery marches.  When I heard about “Bloody Sunday” and the clarion call from Dr. King to come to Selma and join the march I did understand that I had to go.  Arriving in time for “Turnback Tuesday”- when 600 of us got to the top of the Pettis Bridge with more troopers waiting at the bottom of the bridge than there were marchers –  I quickly understood why the march was postponed until President Johnson nationalized the Alabama National Guard.

“Bloody Sunday” was March 7, “Turnback Tuesday” was March 9.  The night of the 9th saw the Rev. James Reeb a Unitarian minister from Boston murdered.  The third march was March 21 to March 24.  We marched 54 miles averaging 10 miles a day to arrive in Montgomery with 25,000 people at the capital.  Mr. Lewis’ head was still wrapped in bandages from being beaten on “Bloody Sunday.”

The work of Mr. Lewis did not begin at Selma or even the Lincoln Memorial – it started earlier as one of the original 13 Freedom Riders.  These were six black and seven white people who challenged the laws that prohibited riders of different races from sitting together on buses in the south.  He personally knew and had been supportive of the martyrs Michael Schwermer, Andrew Goodman, and James Chaney who were abducted, murdered, and buried in a secret grave in Mississippi by the Ku Klux Klan.

As I pen this on July 28, I recall that 103 years ago in New York City, the “Negro Silent Protest Parade” took place – a gathering of 10,000 Black Americans protesting lynching.  This was one of the first organized protests.  I am reminded of this as I see the “Protest is Patriotic” placard in my window.

I am reminded of the blessing of having personally been with “Icons of Nonviolence” like Dr. King, Mr. Lewis, Amelia Boynton, The Dalai Lama, Archbishop Tutu, and Michael Curry.  These faithful leaders all have a message to inculcate.  Today we are called to look to each other with leadership.  These people have walked a path fighting forces of hate and fear and grasping love and hope and have brought us along with them.  Mr. Lewis would remind us “… we came in different ships but we are all in the same boat now.”

With Mr. Lewis’ death we need to remind each other of his teachings now more than ever.  He said he was far from a saint.  I contend that a saint is a heroic sinner that has seen light and a new direction.  Mr. Lewis walked a path and brought us along with him.  Mr. Lewis said to be the “conscience of the congress” might he be part of each of our conscience today.

Mr. Lewis said, “that in 2020 there are forces trying to take us back … but we need to keep marching … speak up … speak out.”  He reminded us that we might wake up and our democracy is gone.  He went on to say if you see something that is not fair – not right – “… speak up … speak out … make good trouble!”

So … what can we consider doing?  We can act on a commitment in a variety of ways.  Many of us have come to realize that we must do more to address the very real consequences of systemic racism that exist in society today.  The impact on communities across our land is clear.  We know that there’s a lot of work to do, study to undertake, and prayer to contemplate in our shared mission.

Diversity – commit to acknowledging, respecting and celebrating differences and commonalities

Restorative Justice – commit to collectively, lovingly and courageously working vigorously for freedom and justice for Black people and by extension all people.

Loving Engagement – commit to embodying and practicing justice, liberation and peace in our interactions with one another

On December 29, 2019 Mr. John Robert Lewis announced that he had been diagnosed with Stage IV pancreatic cancer.  He stated, “I have been in some kind of fight for freedom, equality, basic human rights – for nearly my entire life I have never faced a fight quite like the one I have now.”  The fight is not over as you – yes, YOU and I are challenged to continue the fight for right, justice, fairness, kindness and love.