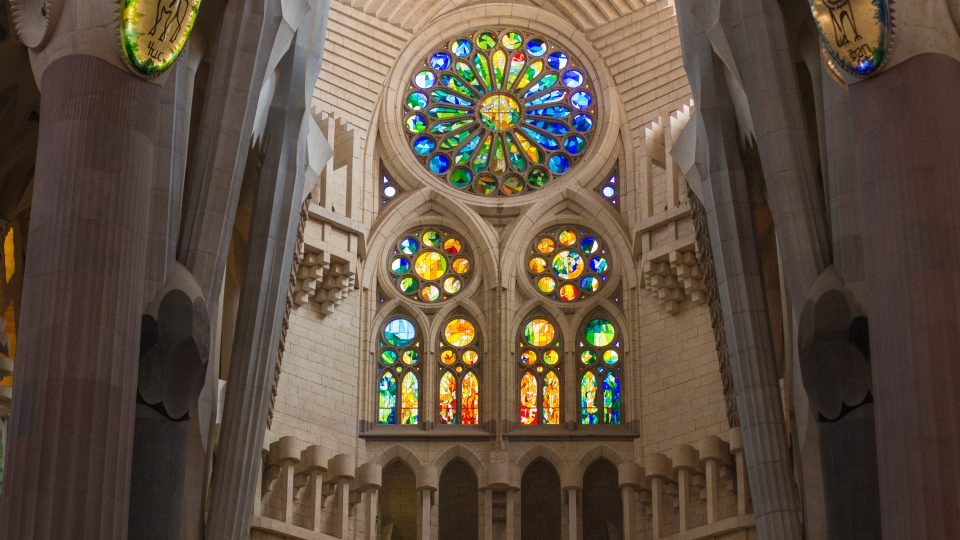 And forgive us our sins,
for we ourselves forgive everyone indebted to us.
Luke 11:4

Friday morning, I am on my way back to Louisville after a visit with JustFaith groups in Greenville. I have a short layover in Atlanta; I am waiting for my next flight and I hear the following announcement: “Attention please, there will be a Roman Catholic confession in the interfaith chapel between 10 and 11.”

I haven’t heard that announcement in a long time; come to think of it, I probably never heard such an announcement in an airport. The terminal is extremely busy, people running, going and coming, talking, on the phone, listening to music… I am wondering if anyone beside me heard the announcement. I am looking at the faces around me and I am wondering if anyone will go to confession. I am wondering about the priest on duty as well; who is he? What is he going to hear? What do people have to confess in an airport? What do they carry that they don’t want to take on the plane, to their next destination? What is it that one tries to leave behind him or her in a busy airport?

I have never been to confession; I am intrigued.

Formal individual confession is one thing that the Protestant Reformation abolished. The theological idea behind this shift was twofold: on the one hand, it was an affirmation that God’s forgiveness was not to be mediated by the priest or the church; on the other, it was also an affirmation that enumerating a series of individual sins to a priest was not enough in addressing human sin. The individual act of penance was replaced in Protestant denominations by a collective liturgy of repentance, forgiveness, and reconciliation. Part of this practice has been understood as a way of recognizing the collective dimension of sin.

As a group, as humankind, we have lost something of our relationship with God. The Protestant rite affirms that is inescapably a part of who we are and we are called to stand together and ask for forgiveness together. Some Protestant theologians like to speak of a confession of sin, or sinfulness if you want, and not of sins. Something similar to what the Catholic tradition calls “structural sin.”

Does this distinction matter? Today, listening to the call to confession in the middle of a busy international airport, I am convinced that it matters or at least the discussion about it matters!

Our public discourse rarely hesitates to enroll God in the description of our communal we: “May God bless America, bless our country and our people!” But where is the “we” that confesses our collective sins and asks for forgiveness?

In the Greek text, the sentence is clear (Matthew 6:12 or Luke 11:4): “Forgive us our sins!” The request in the Lord’s Prayer is not really about an individual confession, it is about a people asking God for forgiveness while recognizing their short-comings; it is about God freeing us from our debts. When we, as Christians, say the Lord’s Prayer, we are asking for forgiveness for our shared sin.

I am at the airport in Atlanta, a big international airport. Shortly after 9/11, I was denied entry there, detained, interrogated for several hours, and sent back to Switzerland on the next flight. It was a traumatic experience; it took me years to get over some PTSD symptoms whenever I was going through security. I was lucky, however, to be sent back to a rich and stable country, Switzerland, with a Swiss passport in hands and family members who could house me in a very safe environment. From there, I filed for a new visa and I was able to travel back to my home in the U.S. a few weeks later.

Today, as I am passing through, I am wondering how many people are detained somewhere in the belly of this gigantic international airport? Today more than any other day! And who is praying for them? Who is asking for forgiveness?

There will be a time where our nation will need to ask for forgiveness, publicly and out loud…. May 4, 2017 will be the next National Day of Prayer. What if we asked for forgiveness?

In his 1863 Proclamation for a National Day of Fasting, Humiliation and Prayer, in the middle of the American Civil War, President Abraham Lincoln said:

We have been the recipients of the choicest bounties of Heaven. We have been preserved, these many years, in peace and prosperity. We have grown in numbers, wealth and power, as no other nation has ever grown. But we have forgotten God. We have forgotten the gracious hand which preserved us in peace, and multiplied and enriched and strengthened us; and we have vainly imagined, in the deceitfulness of our hearts, that all these blessings were produced by some superior wisdom and virtue of our own. Intoxicated with unbroken success, we have become too self-sufficient to feel the necessity of redeeming and preserving grace, too proud to pray to the God that made us! It behooves us then, to humble ourselves before the offended Power, to confess our national sins, and to pray for clemency and forgiveness.