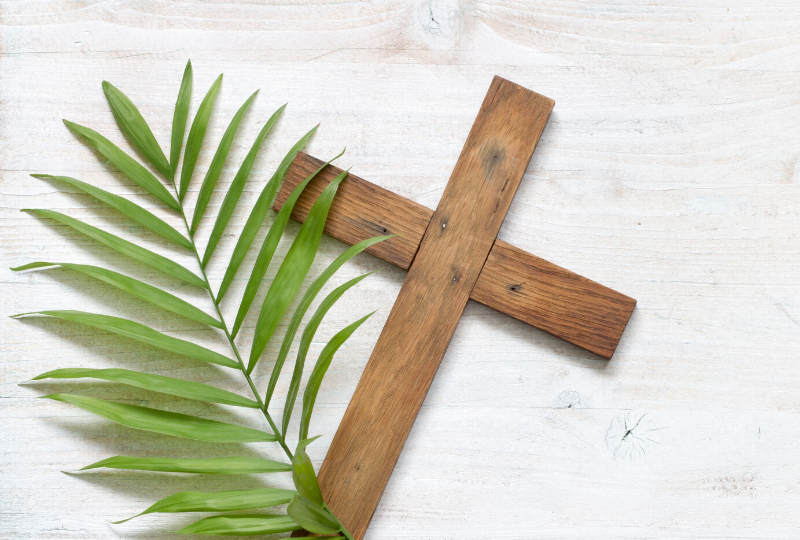 One of the strengths of our faith tradition, reflected in our Gospel literature, is that it does not flinch at the mention of death, the sight of death, the prospect of death or even the power of death.  All of us, most us of anyway, already know death.  It takes away our grandparents, then our parents, and sometimes, too soon and tragically, our children.  It can leave emptiness and grief.  Death is also so very mysterious; it certainly prompts a thousand religious questions.  There are occasions where it can be even rich in meaning; I have often reflected that the five most powerful prayer experiences in my life have been funerals. And it is democratic; it happens to all of us.  In April of the year, 2020, the headlines are all about death.  Those headlines inspire fear and worry.  So, here we are.  Apart.

It strikes me that any religious or spiritual tradition worth its salt is going to have to navigate and lean into the matter of death and its many meanings, as Christianity, at its best, attempts to do.  Walter Brueggemann, the great scholar, writes that most empires of exploitation rely on the machinery of numbing to distract people from their death.  So, by contrast, part of the symbols of our faith is a man hanging naked and dead on a cross.   Death is not something we ignore.

Here are just a couple of ways—I’ll call them exhibits—our tradition weaves in and out of the matter of death, not as a morbid exercise but as an honest and helpful guide.

Exhibit A is called “Death is the enemy.”  We all want to live.  Unless someone is very, very old, and sick and tired, most of us most of the time want to live.  Death, most of the time, does not look like a desirable option.  And, rightly, our faith tradition highlights that life is a gift, a miracle, to be cherished and protected.  Compassion and justice are words and actions that speak to the importance of protecting the sacredness of life.  Yes, death will come, death is in fact a part of life, but it should not come to people before their time.  It should not come, for example, because there aren’t enough hospital rooms, or there isn’t enough food, or there’s isn’t any welcome.

Exhibit B: “Death is a friend.”  We all die.  So, despite the fact that for most of our lives, we want to live, we live with the prospect of death.  At some point, we all have to navigate the fact of limited time; this is the gift of death.  Death gives time meaning.  And, so, our faith tradition rightly recognizes that some things are worth living for and some things just are NOT.  To repeat what many have written, “Death sits on our shoulder like a bird singing that each choice matters.” Some commitments, like love and forgiveness and simplicity and community, are worth living for and others, like greed and selfishness and self-preoccupation, are not.  Death will come; in the meantime, live well.  Live joy.  The best of discipleship is an exercise in joy, not in spite of death, but exactly because life has limits.

Exhibit C is called “Dead While Living.” We can distract ourselves so badly with foolish fascinations and self-destructive behaviors and prudent caution that we become “dead” even as we are breathing.  Strangely, we human beings can be tempted to bad ideas, which lead to bad choices, which lead to darkness and death. Thinking that white people are superior is death.  Giving ourselves over to money is death.  Clinging to the past or to safety can be death.  Sin really is about walking around with some part of us “dead.”

Exhibit D: Now we get to Easter and resurrection.  We’ll call Exhibit D “the U-Turn.”  Our faith tradition, navigating the language of life and death, then does a surprising thing at Easter.  It suggests that we seek to be plunged into the DEATH of Christ.  Here, the language of life and death gets spun together: We must die, to live. The death of Christ celebrated at Easter is a way of speaking to “letting go,” letting go of attachments, expectations, maybe even dreams and aspirations.  And in the release, what emerges is a freedom to become, to live, to love.  “Be not afraid,” Jesus repeats over and over, encouraging us to “let go” or “to die to” whatever it is we’re hauling around on our backs.  Strangely, we are given the peculiar advice that death is to be sought.  But we choose death, not to die, but to live.

You might have read about the priest in Italy, who was so loved by his parish that his parishioners had bought him a ventilator when he became ill with Covid-19.  But when he learned of a younger man with a family who was also sick, he gave him the ventilator.  The priest died.  It’s a story of death.  But it’s more a story of a life that comes out of death.

Many years ago, I was having a conversation with Sr. Elaine Prevallet, a Loretto sister who I have known for over thirty years.  We were talking philosophically, as we often did, about faith and Christianity, and about what things were essential and what were not.  And she said, “the thing that I hold onto is that life comes out of death.  It’s not the thing you’d expect,” she said.

It’s not the thing you’d expect: life coming out of death.

Just a couple of weeks ago, we celebrated the memory of another great man, Catholic Archbishop Oscar Romero of El Salvador, champion of the poor, whose assassination happened on March 24 forty years ago. I will close with his words, spoken just two weeks before he was shot:

“I have frequently been threatened with death.  I must say that, as a Christian, I do not believe in death but in resurrection.  If they kill me, I will rise again in the people of El Salvador. . . May my death, if it is accepted by God, be for the liberation of my people, and as a witness of hope in what is to come.  You can tell them, if they succeed in killing me, that I pardon them, and I bless those who may carry out the killing. But I wish that they would realize that they are wasting their time. A bishop will die, but the church of God–the people–will never die.”