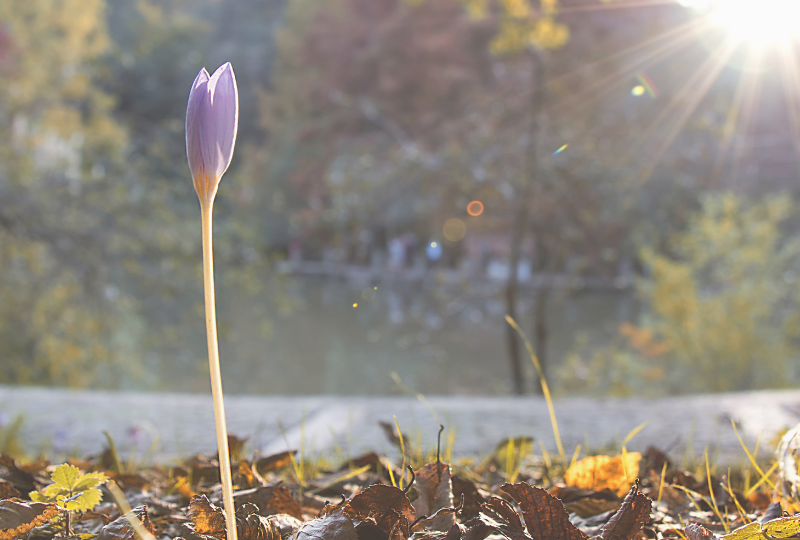 Jack Jezreel is the originator of JustFaith and the founder of JustFaith Ministries.  He currently serves on staff as Senior Advisor.

Most Christians recognize the period between Easter Sunday and Pentecost Sunday as the Easter Season.  It runs seven weeks (fifty days) and is the longest special season of the liturgical year.  So, here we are in the middle of the Easter Season.

As a young person, Easter was tied up with bunny rabbits, baskets filled with candy, egg hunts, and a new set of clothes.  I remember my two teenage brothers and I getting matching light blue leisure suits one year.  The three of us were all six feet tall and thin; that was a lot of vertical pastel in one place.  (I’m hoping there are no photographs in my parent’s closets waiting to be discovered).

As I got older, studied some theology, and took my faith more seriously, Easter became an amalgam of family gathering, a joyful worship experience, and a celebration on what always seemed like a beautiful day (it didn’t hurt that we lived in Florida).  Easter was a warmer, less commercial version of Christmas, as I reflect back.   It was nice.

But, over the years, Easter has had to be in conversation with choices that happened between then and now.  Since then, I lived for several years with women and men who were homeless, sometimes overwhelmed by the pain of their lives and sometimes awed by their kindness and strength.  I witnessed the shelling of innocent people in El Salvador, shocked by the bloodshed but amazed by the stubbornness of the peacemakers.  I’ve read about and listened to the stories of people all over the planet whose lives have been shortened or betrayed by the force of others’ greed.  In addition, I have navigated joyful and painful chapters in my personal life, chapters of alienation, reconciliation, disappointment, fragility, communion, personal stupidity that hurt others and the forgiveness that swallowed it up.

During this time, like all of us do, I looked for answers to the myriad puzzles, questions and struggles that came my way in the warp and woof, the wonder and woundedness, of life.  And when I gazed at Easter, I no longer found solace in explanations about “Jesus dying for my sins,” if that is meant to convey that all is well because Jesus has wiped all things clean, despite the stubborn appearances.  Easter seemed, in some ways, irrelevant except as an occasion for a family get-together (which isn’t all bad).

Then, it happened.  You know how it goes: one day you just notice something that was always there but somehow always evaded your notice.  It happened for me at the Easter Vigil and the reading of Paul’s Epistle to the Romans (6:3-11).  It was the first line: “Are you unaware that we who were baptized into Christ Jesus were baptized into his death?”

The sentence hit me like a like a spiritual two-by-four to the head.  I recognized anew a truth that had been circling around me for years and now was in clear focus: we discover life by, well, embracing death.  The Christian narrative invites us into a conversation, an interaction, with death that paradoxically brings insight and meaning into life lived.  Of course, this is not an invitation to suicide, but, in fact, we are engaged in an ongoing conversation about what it means to die to self, a self that is so often attached to distraction and made small by self-preoccupation.

The Easter drama of being baptized into the death of Christ is a constant reconsideration of what it would mean to die, to die for love, die in the name of love, die in the cause of love.  And, then, from that point of reference, make our way back into the present:  So, what does it mean for me to live, to live for love, live in the name of love, live in the cause of love, recognizing that authentic love ALWAYS includes some kind of dying to self.

A few years later, I would encounter this truth, again, in my body.  I was diagnosed, at age 48, with advanced cancer and given poor odds.  There are a lot of words I could use to describe the shock, bewilderment and upheaval of thinking about death at 48, with three daughters not yet out of high school.  But, somehow, I had to make sense of the turmoil.  With a lot of people’s help, I moved to some kind of resolve.

Looking back (with the benefit of having survived!), I realize how significant that time was for me.  Having navigated the FACT that I will die, sooner or later, tomorrow or thirty years from tomorrow, is freeing.  It has a hundred life-giving benefits, from defining what’s worth my time, to making death less fearful, to highlighting the preciousness of life.  If the opposite of love is fear, then the antidote is to let go of whatever we are fearful of losing, including our life.

The radical possibility of Easter is to live today like you died yesterday.  And then woke up.