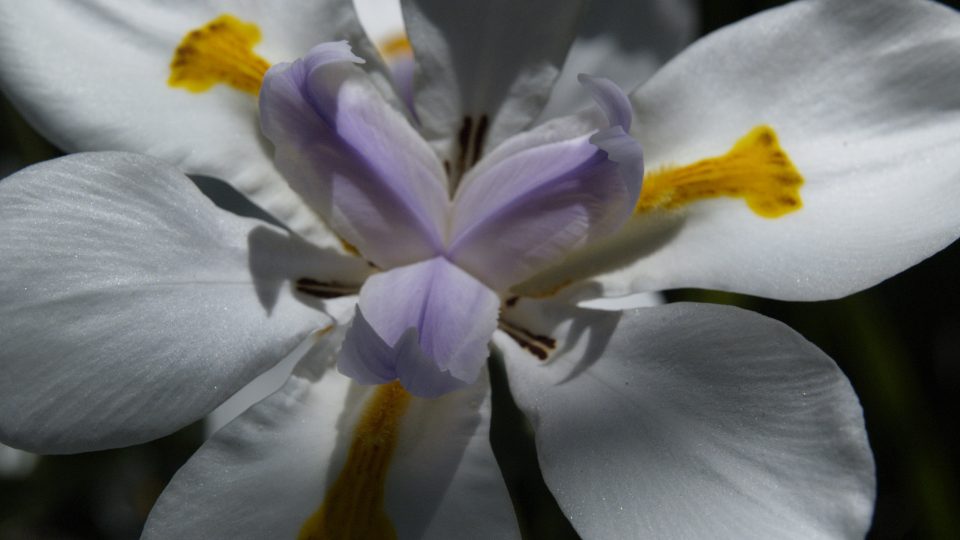 I have a small grain of hope–
one small crystal that gleams
clear colors out of transparency.
– from “For the New Year, 1981,” Denise Levertov

I write on Easter Sunday, a day to celebrate hope, resurrection, transformation.

Earlier today I read that 126 were killed when a bus convoy of Syrians evacuating a besieged area was bombed. At least 80 of the dead were children. On Holy Thursday the United States dropped the largest non-nuclear bomb, 30-feet long and 11 tons in weight, in Afghanistan. A week before the U.S. launched a missile-strike in Syria.

Reading the news, why would anyone feel hopeful?

I write this, knowing that some readers may believe that some of our country’s violent actions are acceptable, even desired. “We took action,” they may say, “and that is reason for hope.”

In his 2017 World Day of Peace message, Pope Francis talked about how we are currently “engaged in a horrifying world war fought piecemeal.” He stated, “Violence is not the cure for our broken world. Countering violence with violence leads at best to forced migrations and enormous suffering, because vast amounts of resources are diverted to military ends and away from the everyday needs of young people, families experiencing hardship, the elderly, the infirm and the great majority of people in our world.”

Last Wednesday I learned of an ICE raid in my city – six people taken from their apartment early in the morning. Three children, one of whom was old enough to go to school, watched as their fathers and other relatives were taken from their homes. The school-age child then went to school.

In his Easter address, Pope Francis said, “In every age, the Risen Shepherd tirelessly seeks us, his brothers and sisters, wandering in the deserts of this world. With the marks of the passion – the wounds of his merciful love – he draws us to follow him on his way, the way of life. Today too, he places upon his shoulders so many of our brothers and sisters crushed by evil in all its varied forms.” On Palm Sunday, the pope reminded us that not only does Jesus seek those “crushed by evil,” but also that “Jesus is in them, in each of them, and, with marred features and broken voice, he asks to be looked in the eye, to be acknowledged, to be loved.”

Did the children get to hug their fathers before they were taken away? Was there time for an exchange of “I love you”? Did the ICE agents look anyone in the eye? Did they acknowledge the humanity of their detainees?

On Good Friday, for the 20th year, a group gathered downtown in my city to walk an alternative way of the cross, A Walk for Justice. We walked, prayed, and sang together. We stopped at various points in our city – in front of the federal building, in a major commercial area known for discriminatory practices against people of color, near the jail – to remember the ways some of our brothers and sisters are struggling: as displaced persons, from human trafficking, facing unjust working conditions, burdened by systemic racism, dealing with addictions, living in food deserts, surviving without adequate housing.

“If any want to become my followers, let them deny themselves and take up their cross and follow me.”
– Matthew 16:24

At the Good Friday walk, the words of minister Derek Penwell reminded us what it means to take up our cross: “[Jesus] models a way of offering oneself for others. This model transforms our selfish desires by demonstrating that our truest life comes in our willingness to stand in solidarity with one another…Christian responsibility for justice in difficult times is just this, a persistent commitment to consider the needs of our neighbors–all of them.”

It is our Christian responsibility to nurture hope by “consider[ing] the needs of our neighbors–all of them.” Our task is not to be a voice for the voiceless, but to amplify voices that have been stifled or silenced. Our task is to stand in solidarity with our brothers and sisters, to use the power we have to fortify theirs. Our task is to relinquish some of our power so that others may step into theirs. Our task is to change the systems that benefit some and hurt others. Our task is to break off a fragment of the hope we have and share it.

This semester I have been teaching both a university class and community classes focused on nonviolence. An older gentleman in the community class said at the last gathering, “I wish I had learned this earlier.” My university students, five decades younger, have voiced the same.

Those same students have talked about what they might do, now that they know the power of nonviolence, to use the knowledge and skills they’ve learned.

In his 2017 World Day of Peace message, Pope Francis wrote, “To be true followers of Jesus today also includes embracing his teaching about nonviolence.”

The older gentleman noted that he talks differently to his grandchildren now, using more positive and affirming language. My university students, some of them future teachers, have talked about how to incorporate conflict-resolution strategies into classroom learning; how to incorporate at all levels of education history of nonviolent movements – as central rather than peripheral. Other students have talked about conversations they’ve had with friends, educating them about the power of nonviolence.

Please share your fragment
So that yours will grow.
– Ibid.

After the strike in Syria peace activists in my city renewed their commitment to a monthly anti-war vigil. Several days a week a local priest stands vigil outside the ICE office. Many people I know now have the numbers of their representatives saved in their contact list, so they can easily call the offices multiple times a week, or even daily, to voice their opinions about proposed laws that affect the most vulnerable members of our society. The darkness of our times is calling people of conscience to hope for a better society and actively work to transform it.

Only so, by division,
Will hope increase,
– Ibid.

like a clump of irises, which will cease to flower
unless you distribute
the clustered roots, unlikely source –
clumsy and earth-covered –
of grace.
– Ibid.