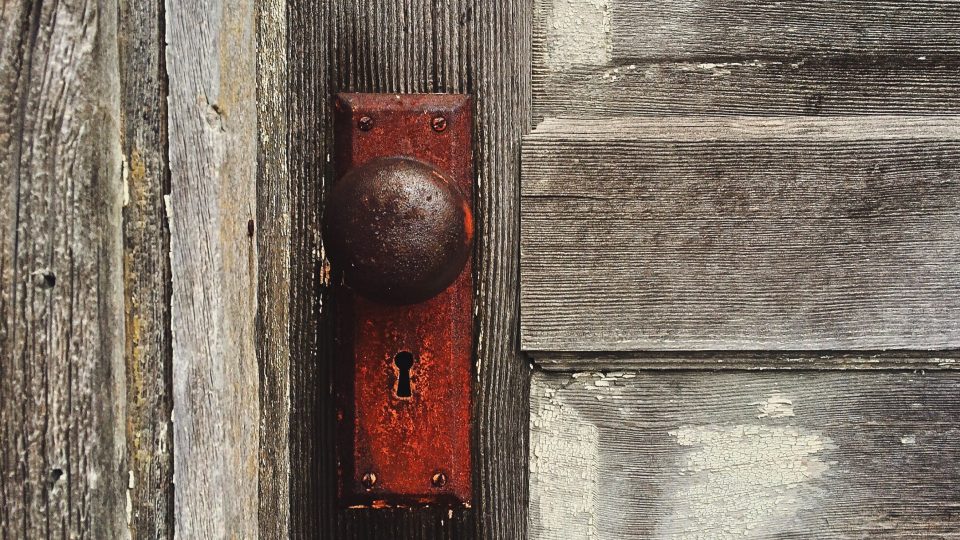 Outside the door,
lurking in the shadows,
is a terrorist.

Is that the wrong description?
Outside that door,
taking shelter in the shadows,
is a freedom-fighter.
– Imtiaz Dharker, “The Right Word”

Recently during dinner at a conference, a woman asked me what I do. Among other things, I mentioned writing for JustFaith and being a member of the Catholic Nonviolence Initiative.

Another woman then asked, with clear agitation in her voice, something like, “You’re Catholic? What do you think of the idea that religion is the source of all violence?”

I said that certainly much violence has been done in the name of religion, which is deeply troubling. She interrupted, “But you say you’re Catholic, so that separates you from others, which leads to violence.”

I think she may have been referring to this quote by Jiddu Krishnamurti:

When you call yourself an Indian or a Muslim or a Christian or a European, or anything else, you are being violent. Do you see why it is violent? Because you are separating yourself from the rest of mankind. When you separate yourself by belief, by nationality, by tradition, it breeds violence. So a man who is seeking to understand violence does not belong to any country, to any religion, to any political party or partial system; he is concerned with the total understanding of mankind.

I thought for a moment and replied with something like this: Yes, I am Catholic, and while I think some people would separate themselves from me because I identify myself that way, I don’t see my Catholicism as a barrier between me and others. Unfortunately, as the above quote points out, there are lots of labels people use to differentiate themselves from others- “liberal,” “conservative,” “Republican,” “Democrat,” “citizen,” “immigrant,” “illegal,” “white,” “Black,” “innocent,” “guilty,” “freedom fighter,” “terrorist,” all of which may lead to an insider/outsider mentality. I know these identifications may be used to alienate or to foster an “us vs. them” attitude. They may be used as justifications for violence. However, I believe we are interconnected, regardless of the labels we claim or use for others.

Then God said, “Let us make humankind in our image, according to our likeness…” – Genesis 1:26

The first time I was in Palestine working as a human rights defender, I became very aware of the fact that if I truly wanted to be a peacemaker, I needed to move beyond the enemy images I was projecting on the Israeli soldiers. To live into the commitment I had made to nonviolence, I needed to remember that they, too, were made in God’s image and likeness.

Every person I encountered, Palestinian, Israeli, international, violent, nonviolent, was my neighbors and I was – I am – called to love them.

Sometime after that first stint, I found “The Right Word,” the poem whose words began and will end this post. I come back to the poem over and over again, and often read it aloud when I give presentations. The poet tests different labels through five stanzas until she comes to this:

Just outside the door,
lost in shadows,
is a child who looks like mine.
– Imtiaz Dharker, “The Right Word”

We are brothers and sisters, children of God. When I looked at Israeli soldiers, I saw faces that looked very much like boys who’d been in my classroom just a few years before. Sweet, wonderful, thoughtful, and sometimes frustrating young men.

Outside my door,
his hand too steady,
his eyes too hard
is a boy who looks like your son, too.
– Ibid.

Those boys made into soldiers, hands too steady, eyes too hard, tried to be “men” in the way they were taught, swallowing a piece of their own humanity as they took bites of others’.

My Catholicism implores me to see others in their full, complex, sometimes heart-breaking, other times heart-filling humanity, stripping away labels that separate until I see that we are inextricably connected. We belong to one another.

We belong to one another.

May we treat each other as such.

I open the door.
Come in, I say.
Come in and eat with us.

The child steps in
and carefully, at my door,
takes off his shoes.
– Ibid.