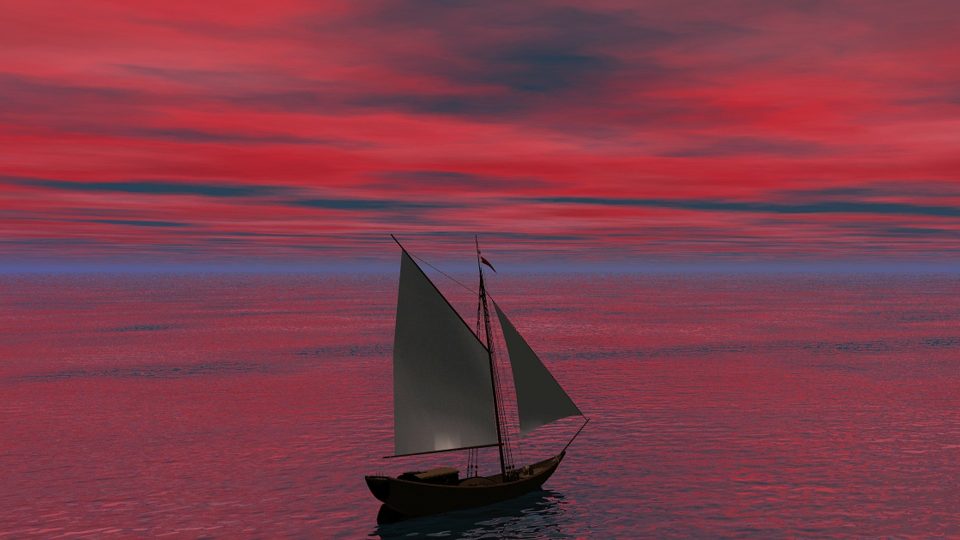 I am coming out of a medical leave and a cancer scare. I am among the lucky ones: after all the necessary tests, my tumors were declared benign and my healing process didn’t require anything else but patience and rest. I am very thankful for that!

While sharing the results of my surgery with friends, family, and colleagues, I heard many times the English expression a clean bill of health, an expression that I had not heard so much in the past. And it got me thinking…

Historically, a clean bill of health refers to an official document issued to the captain of a ship by the authorities of his port of departure indicating that the ship is clear of infectious disease. The document allows the ship to dock at its port of arrival without being imposed any quarantine. In that context, a clean bill of health means that one ship can, literally, sail through and reach its destination without any delay.

It is funny that the English language has extended the usage of this expression to one’s body. You are declared clean, safe, not contagious, free of disease like a ship would be… It is strange, when you think of it, that the English language is using an old expression related to maritime transportation to talk about a healthy body. And, in the opposite case, it means that someone is unclean, unsafe, automatically contagious… How would it sound to tell someone you have a dirty bill of health? What would it communicate to this person?

I just finished the book by Kate Bowler, Everything Happens for a Reason. She talks about her life and the disruption that the diagnosis of Stage IV colon cancer brought to it. She first shared her story in an op-ed published by the New York Times; following this publication, she received a flow of emails and letters from readers, many who wanted to explain away her cancer. In her book, she struggles with all those often-not-so-generous explanations and what they reveal of our need for meaning and our fear of death.

“Fairness is one of the most compelling claims of the American Dream, a vision of success propelled by hard work, determination, and maybe the occasional pair of bootstraps. Wherever I have lived in North America, I have been sold a story about an unlimited horizon and the personal characteristics that are required to waltz toward it. It is the language of entitlements. It is the careful math of deserving… In this world, I deserve what I get. I earn my keep and keep my share. In a world of fair, nothing clung to can ever slip away.” (pp. 7-8)

The underlying implication when someone is sick, is that the person deserves her illness; something went wrong and it is her fault. There are many opposites for the adjective clean: unclean, dirty, filthy, corrupt, stained, polluted… unvirtuous! All of them somehow play on an idea of merit. The association between health and virtue is not unique to the American Dream however, it belongs to an old story. We are in dire need of making sense of suffering and death; the notion of merit is the most common way to do so and our Judeo-Christian tradition where disease and sin often go hand in hand, has deeply influenced our thinking. The New Testament reports several stories of Jesus healing the sick; some of them, like the healing of the blind man in John 9 or the healing of the paralyzed man in Mark 2, allude to the relationship between sin and sickness. Meanwhile, many texts in the Hebrew bible suggest a link between both as well.

We are left today with a peculiar English expression, a clean bill of health, that indirectly captures the history of a long quest for meaning and the desire to explain, maybe too quickly, without necessarily thinking about it, the cause of suffering, diseases, and sickness. Written around 500 BCE, the Book of Job is the first text in our Judeo-Christian tradition to tackle the absurdity of suffering and refuses, to the bitter end, to see in it God’s punishment; he exclaims: I am clean in God’s eyes (Job 11:4).

At the end of her book, Kate Bowler suggests silence in the face of someone’s suffering: “The truth is that no one knows what to say. It’s awkward. Pain is awkward. Tragedy is awkward. People’s weird, suffering bodies are awkward.” (p. 175) Just the opposite of Job’s friends!

It turns out, I am lucky and I did receive a clean bill of health. It got me thinking…