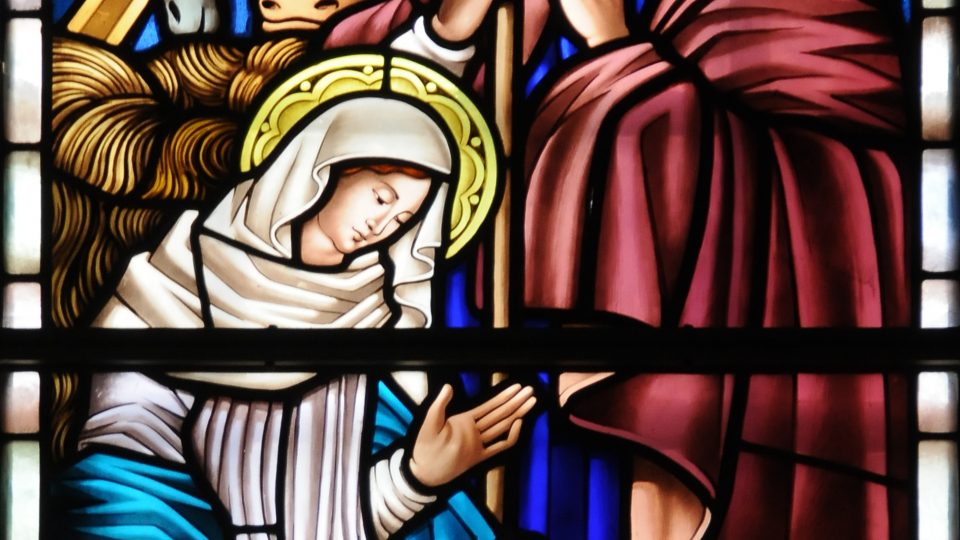 I have recently joined JustFaith Ministries’ staff and I am starting a blog, so that I can write and dialogue around this new stage of my life. I am back to my first love, theology. Trained as a theologian in Switzerland, I taught religion for many years in a secular environment; JFM brings me back to my roots, my questions. The title of this blog, Catching Light, translates the challenging attempt to capture meaning between doubt and faith, a perilous exercise that so many of us are engaged in on a daily basis. Christmas is around the corner; with that in mind, it seems like a good time to reflect on what Christmas brings to us.

In a week or so, we will very likely hear Luke’s gospel and his version of Jesus’ birth during one of our Christmas services or gatherings. The story has become so familiar than most of us Christians can probably recite it by heart:

“In those days Caesar Augustus issued a decree that a census should be taken of the entire Roman world. (This was the first census that took place while Quirinius was governor of Syria.) And everyone went to their own town to register. So Joseph also went up from the town of Nazareth in Galilee to Judea, to Bethlehem the town of David…” (Luke 2:1-4)

What images come to your mind when listening to these lines?

I see myself sitting in a pew at church, it’s winter and it is cold, there are many lights everywhere, everything feels and sounds comforting. This is my context, maybe yours, too… but what is the context of the story? Can we get a sense of what it meant for the first Christians to hear it?

The first name mentioned in the story is Caesar Augustus, the emperor of the Roman Empire; for many, his name would have stirred a feeling of high discomfort rather than comfort. His name represented the occupying force, a powerful army under his command, and an elaborate system of control. Nothing really about joy or hope! Additionally, the name of the emperor was considered to be the name of a divine being, requiring everyone in the empire to worship him; he was regarded as a savior and a bearer of peace. The term “imperial theology” refers to the cultural and religious process that transformed the emperor into a god, with prayers and rituals, places of worship, myths and narratives built around him.

Imperial theology was one of the dominant cultural paradigms in the Roman Empire when Jesus was born. As a member of this society, whether or not you agreed with this ideology, you would have been forced to recognize publicly the emperor as a divine being and worship him as such. Even if some forms of resistance might have existed, everyone was reminded every day of that vision as coins and altars and pottery and architectural décor were the perfect support to depict the emperor with his divine attributes.

So, imagine hearing the name of the emperor in the story recounting the birth of Jesus! It might have been a surprise… and ultimately a comforting narrative for the first Christians! The New Testament’s authors made a really bold choice. They offered a story of the very humble birth of a child to people with no power.  Then they imbued the child born in the story with attributes the political structure of the day gave only to the emperor.  What a powerful political act!

What happened? Have we completely lost the powerful political statement of this narrative?

Christianity became the dominant cultural paradigm in the West and in part of the East, and promptly forgot that the story of the birth of Jesus was born out of an act of political resistance against the empire.

For the first readers, however, the Christmas story probably sounded like the incredible promise (a dream or a prayer) that oppression could end, that God would rescue her people from ruthless military occupation, and restore their freedom and rights. How can we today in our own context hear Luke’s political voice? Can we? Or is the Christmas message fundamentally destined to other communities, those living under oppressive regimes, deprived of their rights and freedom, fleeing military violence? And if that is the case, how are we the bearers of the Good News that “unto God, a child is born,” who is more powerful than all empires?