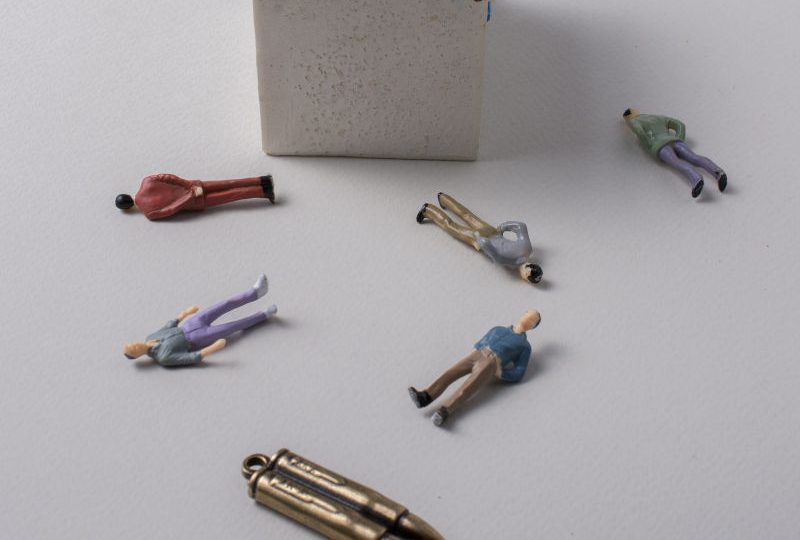 This weekend’s scripture passage features a man “who has demons” whom Jesus heals. This particular passage might seem especially relevant after twelve more people were victims of yet another shooting on May 31st. The recent shooting in Virginia Beach has left many of us scratching our heads; desperately trying to understand what could have possibly “possessed” the gunman to perform such an egregious act? Demon-possession might provide many of us with a way to explain what, yet again, feels unexplainable.

While it would certainly be much easier to focus on what might have been wrong with the shooter, this past week I have also found myself thinking about what possesses us, as a nation. What possesses all of us when news of yet another shooting is met with a certain sense of apathy because mass shootings have become just a regular part of our U.S. culture?

Michael Rogness, Professor of Preaching and Professor Emeritus of Homiletics at Luther Seminary in St. Paul, MN suggests we could define demons as “those forces which have captured us and prevented us from becoming what God intends us to be.” Are we possessed by our insecurities? Are we possessed by an absolute resistance to anyone or anything that attempts to set boundaries and limits on what we feel is rightfully ours? Are we possessed by apathy or complacency and no longer have the energy or will to do what we need to do to keep people safe; to protect our children? And, most importantly, are we doing anything to address our individual and collective demons that promote and support violence?

As we gathered for worship on Father’s Day weekend, I hope we shared a prayer of gratitude for our fathers and those who have fathered us, but also that we shared a prayer that we may individually and collectively cast out the demons that have prevented us from being more peaceful people, who are creating a more peaceful world. On this third weekend after yet another mass shooting in which we are still grieving the loss of twelve more shooting victims, may we be mindful of forces that have prevented us from becoming what God intends us to be. May we ask ourselves what it might take to cast out the demons of violence in our communities and in our world, so my children and your children and their children can all grow up and become the people God intended them to be.